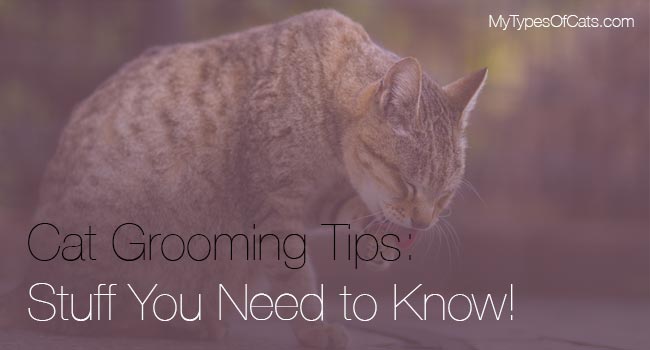 GARD Pro Not Registered
When most people get a feline, they neglect the cat grooming part of the job.

Now, while cats can take good care of themselves, their fur welcomes any help you’re willing to offer.

Short hair is easily handled, and in fact some owners don’t even brush their cats. Including grooming in your daily routine will keep your cat’s fur in check and also decrease the amount of fur found around the house.

How to groom a cat

Get the tools!
Long-haired cats are clearly the challenging kind when it comes to grooming, and you’ll need an arsenal of brushes in order to maintain their fur in perfect shape.

A wide brush with a combination of wide and narrow teeth is perfect for the start. You’ll need it to prepare the fur for the wire slicker brush. If you have a Persian cat or any other cat with similar length of hair, grooming should be done on a daily basis.

Brush everywhere!
It may take a bit of time and a meow or two to get all the fur, but be sure to cover all parts of the body. Sensitive parts like the belly or the tail are the ones where the cat may protest and you shouldn’t spend too much time brushing them, especially with the wire brush.

If you run into a mat that’s fuzzy and too large to comb out, it would be safest to have the groomer shave the fur off. You shouldn’t try to cut it out yourself because you may end up cutting the skin.

Their skin isn’t attached to the muscle and with long-haired cats you can’t be too sure if you’ll accidentally cut into it.

If you decide to take care of the mat yourself, which is entirely understandable, you can use a mat splitter or wide-toothed brush to split the mat into smaller pieces.

If you can’t untangle it, you should at least be able to divide it enough to cut it off safely away from the skin. Be gentle when you handle mats. Don’t tug on them as you may rip the skin, and also it’s very annoying for the cat.

Start early
Cats with short hair get used to brushing almost immediately, mostly because you don’t need to hassle them for too long.

Long-haired cats on the other hand require quite a bit of effort and frequently complain because it will take more than a short minute to get the job done. Start brushing them as soon as they’re old enough so they’ll get used to the feeling and tolerate it more easily.

Ambush the cat when it’s comfortable
Cats will eventually get sick of being brushed, but you should have quite a bit of work done if you comb your cat when it gets comfortable.

Grabbing it and just starting with the brushing can end up with a lot of complaints as well as a potential scratch. You don’t have to go through the entire combing session at once.

Some people like to scatter a few brushes around the house so they could do a bit of grooming every now and then.

Most of my cats like to lay next to me and nap, however as soon as I get up to grab the brush they think I’m going to the kitchen so they get up and follow.

The ambush part in this case becomes impossible so it helps to keep a brush within arm’s reach of the place where the cat spends most of its time.

Don’t force your cat
While you may want to hold your cat tightly or have someone else keep it occupied while you do the brushing, you should know when to stop. If the cat starts to protest and clearly shows signs of discomfort, it’s pointless to go on.

Brushing will be practically impossible and it will only make the next time more difficult.

The end should be the sweetest
Once you’re done with the grooming session, give your cat a treat. If your cat connects the feeling of comfort with the brush, the next session will run a lot smoother.

If your cat isn’t in the mood for treats, which is extremely rare, reward it with something else. A rub on the chin, behind the ears or on the back of the neck will suffice.