Follow @MyTypesOfCats
You are here: Home / Why cats purr / Find out the real reason why cats purr 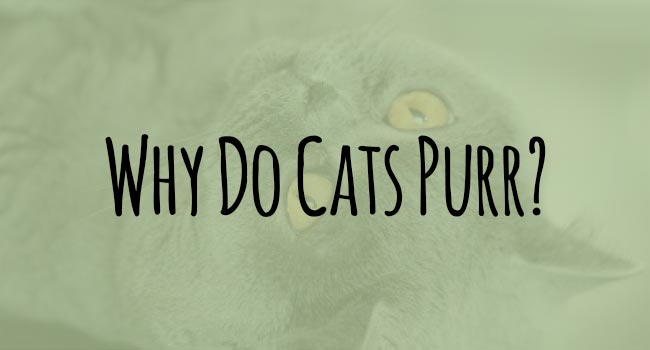 GARD Pro Not Registered
Cats are adorable, especially when they purr, but have you ever wondered why do cats purr?

90% of the audience just said, yeah I know, I know; they do it when they feel loved and happy. Are you one of them?

If you are, then you’re wrong. Although the general idea is that cats purr when they’re being fed or petted, this idea isn’t quite established in the scientific sense.

There could be multiple reasons as to why your feline does it. Let’s discuss two of the most common answers to this intriguing question.

They do it when they need energy or support!

Don’t be! Why do kittens purr for the same reason.

For example, it’s true that they purr when you pet them, feed them, or even cuddle them. But have you ever taken your cat to the vet?

What does your feline do when you take them for a visit to the vet?

They purr out of their nervousness and uncertainty about the environment.

So the next time you hear your cat purring, don’t be so sure that it’s longing for your company. It might be doing so, but it also might be looking for a positive change in the environment around it.

But that doesn’t mean cats don’t like it when they’re petted or fed or cuddled, because they do. And sometimes cats genuinely purr out of happiness.

An example of this is when cats breastfeed their babies. If you haven’t noticed it yet, then you should observe when you see a cat breastfeeding the next time around.

Another reason why cats purr is to regain energy and start some sort of a healing process.

We’ve all heard of the famous saying that cats have nine lives. The saying is rubbish, but it’s said because of the amazing healing abilities seen in cats.

I don’t know about you, but where I live, cats are in common sight and I can’t count the number of times I’ve seen cats fall from trees, walls or the trash can.

But they always come back out of it like nothing happened at all. How? By purring? No but that’s another reason why they do it. They completely retreat themselves from everything else and purr to begin a natural healing process.

But how do cats purr?

Research shows that they purr both when they exhale and when they inhale. Also the noise is consistent between 25 hertz and 150 hertz.

They usually purr in patterns of noises that are consistent and very revealing about their purpose. This consistent flow of noise in that particular frequency increases bone density and starts a natural healing process.

That’s why the saying ‘cats have nine lives’ started trending in the old times and still remains with us today. Do big cats purr if they’re happy?

Cats also purr their way to better health. That’s the secret and it’s almost unique to them because dogs along with other popular pet animals, unlike cats, do not enjoy the same awesome healing capacity.

Purring of cats is cute and it’s powerful. So much so that researchers suggest that human beings can benefit from this discovery.

So now you’ve understood some facts about why does a cat purr. Let’s talk about it in a practical sense to wrap it up, shall we?

Astronauts are cool but do you know that they suffer from bone density loss and serious muscle problems when they’re in space for too long? At zero gravity, there’s a lot less stress on the body so naturally the bone thins out and the muscles grow weak.

That’s problematic for many reasons but the main reason is that it could result in complete dysfunction in life i.e. the inability to sit or stand and walk.

Your feline can somehow manage to preserve its health by operating on low energy when they sleep or rest for long periods of time by only purring or to be more scientific, by generating noises in specific patterns in specific frequencies.

This technology or this method of preserving or reserving strength/energy and operating on a lower base energy could be immensely helpful for astronauts as well as people who suffer with low bone density and muscle related problems.

Can you imagine if human beings had the same self-healing powers as cats – hospitals would have a hard time getting business, especially the orthopedics department!

But on a more serious note, it would truly be revolutionizing if it were to be implemented successfully. We would then have nine lives as well, or at least we’d be less terrified to try a high jump or literally break a leg in sports.

Who would’ve known? Cats purring are a potential source of self-healing for all species. Nowadays cats are being heavily domesticated and the numbers of cat injuries are falling fast. It’s not that we’d like to see cats getting hurt, but think about it – if the domestication continues at this rate then slowly but surely new breeds of cats will evolve to lose this great treasure of the self-healing ability.

So the moral of the story is: it’s alright if your pet cat gets a little hurt while on one of his/her wild adventures.

That’s the way cats are; they get hurt and they put themselves back together again. Now to finish this off let’s ask ourselves this question once again. Cats purr not because they feel like doing it, and not primarily because they love their owner, but because they are genetically awesome – what do you think?